Whether you're travelling with babes in arms, toddlers or school-age children, our Simpson Kids programme will help you find the perfect holiday to suit your family. From hotels with expert childcare to villas with complimentary infant packs and garden games for the kids, we have everything you need for a stress-free family holiday.
Simpson Kids

Driving up to this idyllic 18th-century house, you’ll find yourself surrounded by the wild countryside of the rugged Périgord Noir. The cool blue of the swimming pool is in striking contrast to the luscious greenery of the property’s 35 acres and the rolling hills that extend as far as the eye can see. A stroll through a gallery of rooms presents new vantage points through which to enjoy the idyllic views, framed by floor-to-ceiling sliding doorways and take-a-peek window arches.

Days here can be spent stretched out under the wisteria-clad pergola with a good book or relaxing poolside in perfect seclusion. As the sun dips behind the horizon, curl up – perhaps with a glass of Bergerac, produced locally – in one of the many inviting corners, nested in between sloping ceilings, exposed beams, Louis Philippe period furniture and original stone walls.

Once the tranquillity has worked its magic, venture out into the patchwork of pretty villages all around. The nearest, three kilometres away, is Rouffignac-Saint-Cernin where you’ll find shops, a Sunday market, tennis courts and a recommended restaurant.

If you can drag yourself away from your hilltop retreat for longer than a few hours, less than 35km away, you’ll find the riverside village of Montignac with its prehistoric caves and Périgueux, the capital of the Dordogne, with its stunning Byzantine cathedral. Along the way, you’ll encounter dramatic countryside, castles that seem to rise out of the mountains and the Dordogne River, just a 10km drive away, along which you can swim or paddle in your own canoe or kayak.

The Dordogne region in the heart of the southwest is an area rich in all the delights France has to offer. Beautiful dramatic scenery greets you at every turn: castles perched high over the Dordogne River valley, the spectacular Gouffre de Padirac caves, tranquil rivers winding their way through limestone cliffs. Our earliest artists descended 17,000 years ago into the caves near Lascaux, on the Vézère River, to paint in breathtaking colour the animals they hunted; you can visit a replica cave, as well as many other prehistoric sites in the area. The fortified 'bastide' towns of Monpazier, Eymet, Villefranche, and others are remarkably well-preserved witnesses to turbulent times. The mighty donjon of Bourdeilles castle looms imposingly, while Brantôme (the 'Venice of France') wears a more serene aspect, the beautiful Benedictine abbey gazing contemplatively down onto the river Dronne.

Looking for 10 nights..? Why not add a 3-night stay in a boutique hotel to your villa holiday. To find out more, view our 10-night holidays in France.

These restaurants have been recommended by our owners and this list is updated as often as possible. Ownership and quality may have changed since the last update. 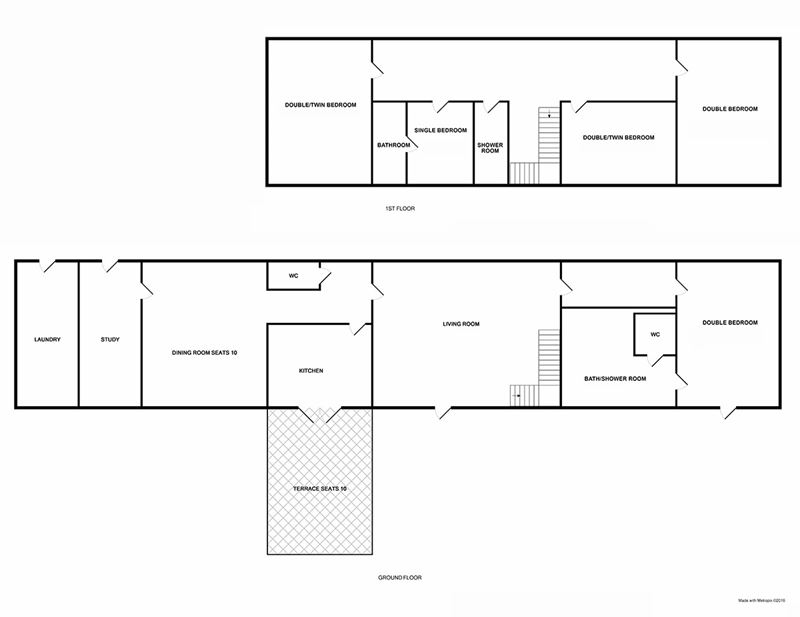 We really enjoyed our holiday. There was something for all the family. The villa was excellent and in a beautiful, quiet location, but with a small town nearby. We didn't want to come home!
Andy Charlton – August 2018

My family and I had a wonderful holiday in France staying at two wonderful Simpson Travel properties in the Dordogne and Provence. We loved the two villas we stayed at, Domaine des Soleils and Villa Camille, their unique locations and the fantastic service we received from our Simpson Travel representatives. We will be back!
Mr Whiteley – August 2018

From the Dordogne’s forest-covered hillsides to the undulating countryside of Lot-et-Garonne, these fertile landscapes have long played their part in human history – the famous Lascaux cave paintings testify to that. For a taste of spectacular coastline on your holiday, head to Charente-Maritime or find a lakeside beach that’s perfect for a picnic – this region is known for its abundant food and excellent wines. Choose a restaurant in an ancient village square and enjoy the sense of history repeated.

And for a place to stay in Dordogne and the South West, explore our collection of luxury villas.

Read more on our The Dordogne & South West region page