Advance Registration... select your dates and reserve your 2023 holiday online, with a fully refundable deposit of £500.

The number of French country houses we’ve seen over the years must be edging close to four figures, yet we can count conversions of the calibre of Le Clos Colombier on just one hand. The original building, now entirely and superbly renovated, is over 900 years old and incorporates a tower that belonged to Chateau Veyrac. From the outside, the house is relatively unassuming, clad in ivy and adorned with simple white shutters. Step through the front door however and you’re transported into design-inspired, divinely decorated spaces that take the very best of the house’s venerable history and add a glossy, 21st century finish.

The Michelin-starred chef owner has extensive high-end hotel experience, which is evident throughout the entire property and its informal-luxury style. Exposed stonework and weathered beams create an elegant framework for a mix of antique and contemporary furnishings, softly luxurious and irresistibly tactile. The castle tower has been given a new life as an intimate cellar bar, and for a less formal approach to your evening refreshments, there’s a further bar with pinball machine. If you’ve aspirations of a Michelin star of your own one day then the Gaggenau kitchen is your perfect cheffy playground, or you can simply sit back and let the personalised catering service take care of you and all your guests.

Sleeping up to 16 in three large suites and two bedrooms, this is a glorious house-party venue for couples, friends or a big family gathering. An 18-metre swimming pool and gym room are at your disposal, nestled into two and a half acres of private parkland. Veyrac village is on the doorstep, and La Chapelle Saint-Martin, a Relais & Chateaux hotel-restaurant run by Le Clos Colombier’s owner, is just a ten-minute drive away.

For us, this region is a perfect example of la France profonde: authentic, local-focused and an absolute delight for all true Francophiles. Veyrac village sits between two extensive natural parks where you can quietly lose yourself in unspoilt surroundings, and for a change from the pool, there are several swimming and fishing lakes in the vicinity, the largest being Saint Pardoux (30 minutes) with sandy beaches and various watersports. Limoges (20 minutes) is a UNESCO Creative City, offering up medieval half-timbered houses, a grand Gothic cathedral and some serious foodie credentials with far more than just the prized Limousin beef on the menu. Angoulême (90 minutes) has become known as the comic-strip capital of Europe, with extensive wall art throughout the city and a major annual festival. Closer to home, the Oradour Memorial Centre is a poignant and deeply moving record of a tragedy in 1944, when 643 inhabitants of the village were massacred by Nazi soldiers. For a less sombre excursion we suggest Montemart village (25 minutes), a protected site since 1965 and one of the ‘plus beaux villages de France’.

Looking for 10 nights..? Why not add a 3-night stay in a boutique hotel to your villa holiday. To find out more, view our 10-night holidays in France.

For information on travel routes, please visit our France flights and ferries page.

From the Dordogne’s forest-covered hillsides to the undulating countryside of Lot-et-Garonne, these fertile landscapes have long played their part in human history – the famous Lascaux cave paintings testify to that. For a taste of spectacular coastline on your holiday, head to Charente-Maritime or find a lakeside beach that’s perfect for a picnic – this region is known for its abundant food and excellent wines. Choose a restaurant in an ancient village square and enjoy the sense of history repeated.

And for a place to stay in Dordogne and the South West, explore our collection of luxury villas.

Read more on our The Dordogne & South West region page 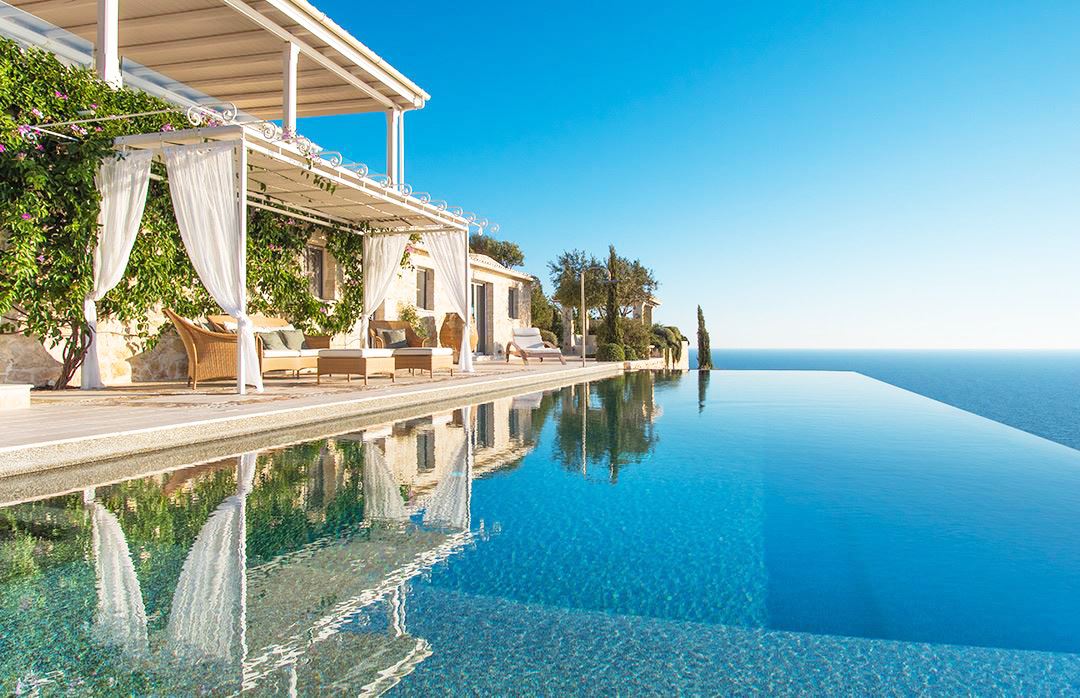