A statement from Graham Simpson 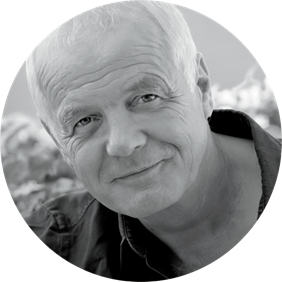 It is impossible to convey the extent of my frustration as the government continue to shift the goal posts and defy all logic in respect of international travel and I wish to add my voice to the many others calling for an end to this fudged decision making. The travel industry cannot be expected to continue to function in any meaningful way while government policy is more concerned with the direction of the prevailing political wind, than the sound and principled resolution of a complex, but in my view, entirely workable situation. Transparency with clarity of science and data would be a good start. Honouring the commitment to bring down the cost of testing and create their promised ‘watch-list’ for countries which may need to move from green to amber would at least display some genuine human interest in preserving the livelihoods of those who work in travel.

For an industry that has been all but brought to its knees over the last 15 months, the decision to shift Portugal’s status from green to amber with less than a week’s notice is the latest devastating blow to those of us who rely on consumer confidence. And since we are not allowed to know exactly on what basis this decision was taken, we remain as much in the dark about the future as we were in the early days of the pandemic. I believe we have a right to expect more from our government and must challenge them to qualify the decisions being taken with facts and data. Our clients also deserve better. Those wishing to travel are already prepared to jump through the considerable hoops that have been put in their way; proof of vaccination or a negative test to leave the UK, proof of multiple negative tests on their return. This belt and braces approach ought to be enough; no such testing requirements are imposed for domestic travel.

I have no desire to see the irresponsible opening of borders, undermining the excellent progress made by the vaccine rollout. June 1st was a momentous day in the UK – the first time that zero Covid deaths were reported in ten months. However, on the Greek island of Paxos, where I now live, the same day recorded zero deaths and zero cases; it was a similar picture across the Ionian Islands of Lefkada, Meganissi, Kefalonia, Ithaca and Zakynthos.

These are the same islands I visited last week talking to communities who face financial ruin at the hand of our government’s careless decision making; villa and hotel owners, restaurant and bar staff, car and boat-hire operators to name but a few. I have already seen too many UK and overseas businesses lost due to the unexpected onslaught of Covid-19. More tragic still will be to witness further needless decline as our government fail to co-ordinate a sensible and pragmatic plan to allow international travel to resume where it is safe to do so.

With a heavy heart my UK team begin the process of refunding and deferring June holidays once again; as someone with a career in travel spanning more than four decades, it is only natural that I should fight for their future. Sadly, I don’t have the funds or the influence to take on the government’s heavily financed Behavioural Insights Team to sway public opinion (ominously known as the ‘Nudge Unit’!). But I remain optimistic that in the fickle world of politics, the voice of reason may prevail if enough of us stand united and demand a proper plan for a safe return to travel. I urge you to join me by writing to your MP in support of ABTA's Save Future Travel campaign. The industry will engage parliament in an organised lobby on 23 June and the weight of your voice behind us would make a world of difference.

With my thanks and best wishes,

Download a template letter to send to your MP